There are a lot of crazy people in the world. They can’t be counted on to behave in a logical fashion. Many of these crazy people are also Read More 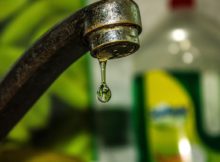 Did you know that approximately 785 million people around the world lack clean drinking water. That’s according to the World Health Organization. If you think that’s disgusting, wait Read More

It would be virtually impossible to count the number of power outages that occur in the United States in any given year. For one thing, there are just Read More 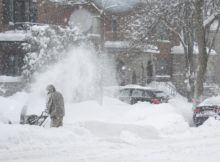 Remember last winter? Yeah, I know, you’re still trying to forget about it. Me too. “Winter” started in the fall and didn’t end until the spring. During a Read More

Did you know that when a major earthquake or hurricane strikes, it could be three to five days before you see any help? You see, first responders get Read More

In the recent past, the battery was not a subject that was talked about all that much. Our vehicles had batteries, of course. And we used batteries for Read More

Pacific Gas & Electric officials kept their word to central and northern California residents last week. Not that many of those residents wanted them to. The utility intentionally Read More

Do you recall the news story from last year when many Hawaii residents received alerts on their phones and TVs? It read: “Ballistic missile threat inbound to Hawaii. Read More 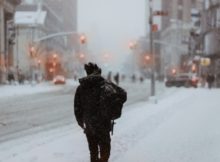 Have you ever said, “I told you so!” to someone? I’m sure we all have at one time or another. It feels pretty good, to be honest. Now, Read More

I think it’s safe to say that all of us would rather hunker down than bug out following a disaster. Our homes are our shelters and our Read More

Copyright © 2021 Patriot Headquarters Blog.
— All rights reserved.
Contact Us| Terms & Conditions| Privacy Policy
Information contained on PatriotHeadquarters.com such as text, graphics, images and other materials are for educational use only. Although not guaranteed, every attempt has been made for accuracy. The information contained on PatriotHeadquarters.com is not intended to be a substitute for professional advice or service. If you have any concerns or concerns about potential risks with implementing the information on PatriotHeadquarters.com, you should contact a registered professional for assistance and advice as is necessary to safely and properly complete any implementation. We may be a compensated affiliate for some of the services and products we introduce you to. We only introduce you to services and products that we have researched and believe have value.