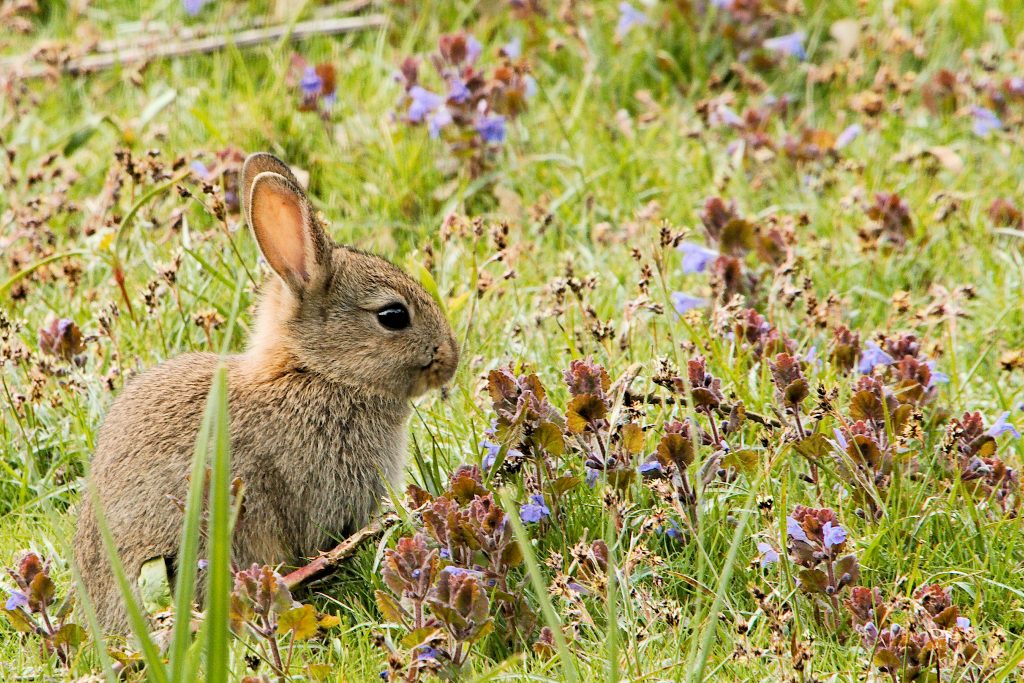 Image from Airwolfhound via Wikimedia Commons

Rabbits are one the easiest kinds of animals to raise for livestock for survival or self sufficiency. Rabbits can also make great pets. In a SHTF scenario, you could turn your pets into a reliable source of high protein, low fat food.

Best Types of Rabbits For Pets

Holland Lops weigh about 2 to 4 pounds. They are good with kids although they don’t like being held. Such a small animal is less than ideal for livestock, but they make great pets. 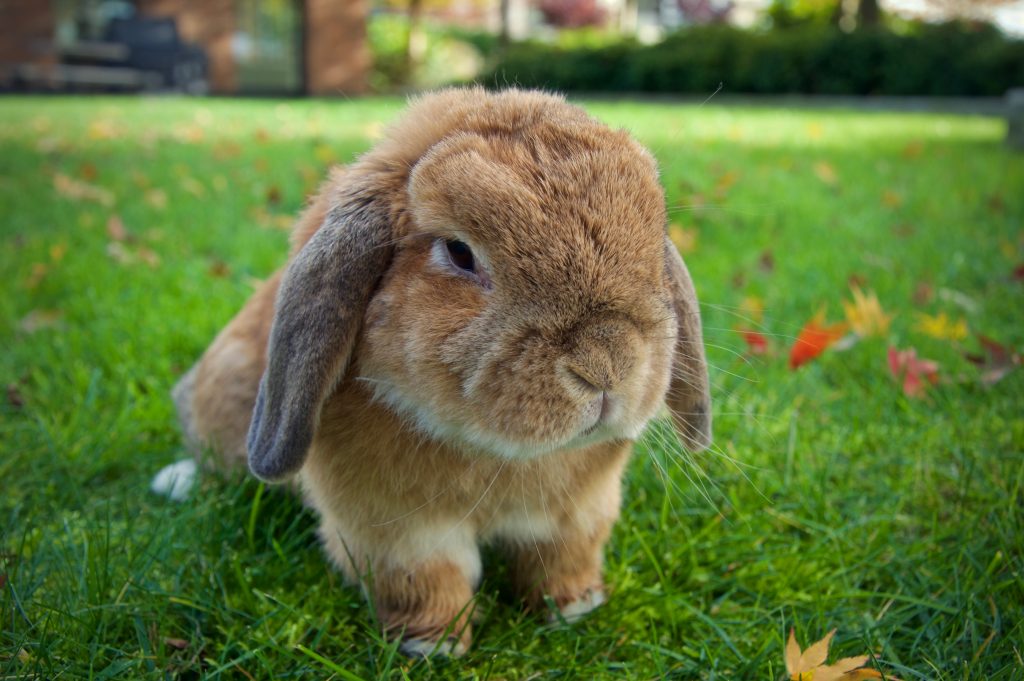 Dwarf Hotot rabbits are a breed created from a livestock breed, but now that they have been “dwarfed” they only weigh about 3 pounds. This type of rabbit likes to be snuggled, which makes it one of the best types of rabbits for pets.

Mini Lops are one of the most popular breeds in the world for people to keep as pets. A “mini” rabbit, these lops are cute and cuddly but very small. One of the reasons mini lops are so well-liked is that they will play with toys in their cage.

A Dutch rabbit is a good choice if you are looking for a pet but want to be prepared for emergency survival. These are one of the best types of rabbits for pets because they are calm and good with kids, but they are bigger than the dwarfs and minis on our list. These can grow to be about five and a half pounds.

Mini Rex rabbits are kept as pets because they are very soft and gentle. This breed grows about 3.5 to 4.5 pounds and they have particularly nice fur. Their “not-mini” ancestors the Rex Rabbits are on our list for best types of meat rabbits.

Mini Satin rabbits are also well known for soft fur. These calm minis are good with kids and other animals. Like the Mini Rex rabbits, Mini Satins have a larger version on the meat rabbit list. 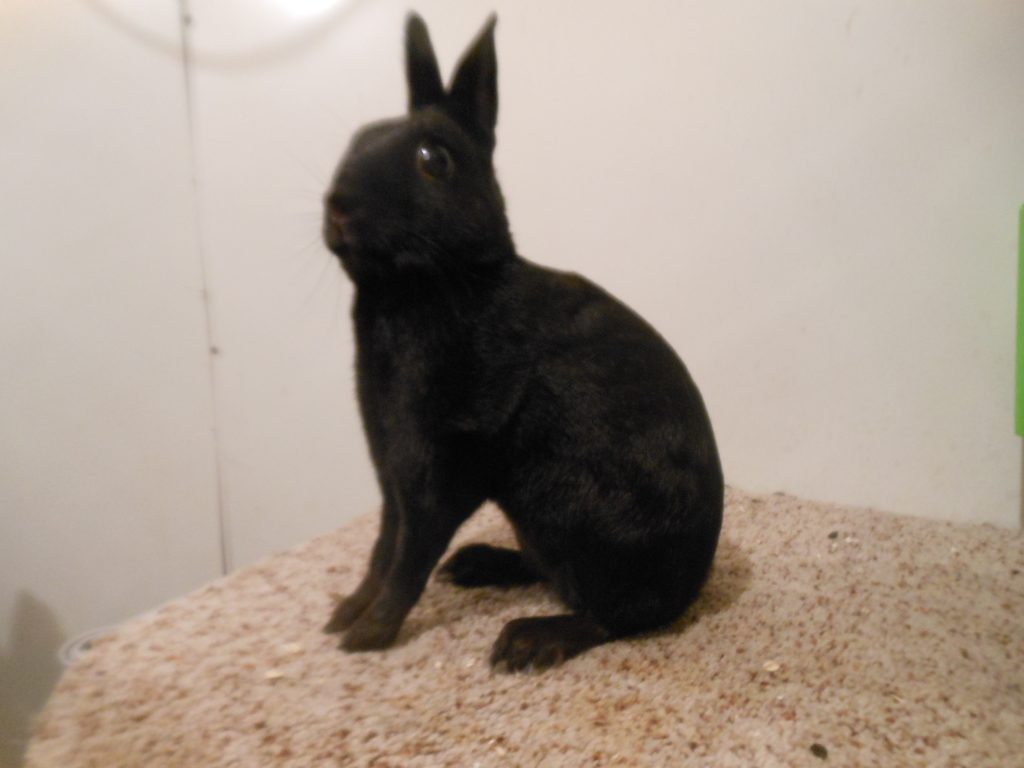 Image from SableSteel via Wikimedia Commons

Even though they aren’t called “dwarf” or “mini,” Polish rabbits are still pretty small. This breed can be litter trained and doesn’t need a lot of exercise, which makes it a pretty laid-back pet.

The Netherland Dwarf rabbit is considered on the list of types of rabbits for pets because it is so tiny and adorable, but it’s not a good pet for homes with kids, other animals, or lots of loud noises. They are only about one or two pounds and love to spend time with humans, which make them a good pet for the elderly.

This video shows you a lot of the breeds on our list for best types of rabbits for pets. He also talks about the personalities of each rabbit, which is important if you are looking for a rabbit for a pet.

Best Types of Rabbits For Meat

Palomino rabbits grow to be about 8 to 10 pounds and are pretty good-natured. That makes them a great choice to keep around in case of emergencies or to get started breeding for meat.

Flemish Giants are huge rabbits that can grow to be over 20 pounds. But the drawback is they have a bigger bone structure and require more food than other breeds. Still, these big rabbits are great for meat. 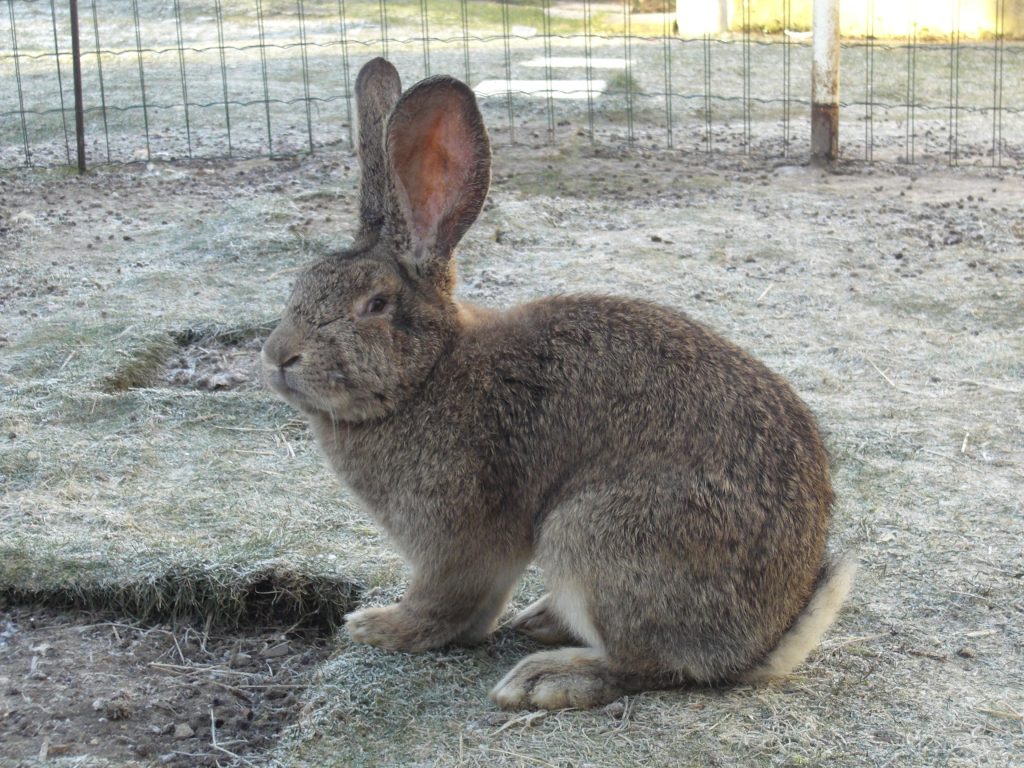 New Zealand Whites grow to be about 8 to 12 pounds and are commonly commercially bred. If you see rabbit on the menu at a restaurant, you are probably eating a New Zealand White.

Californian Rabbits weigh about 8 to 10 pounds and are build a little more square than other rabbits. They are a cross between New Zealand Whites and Chinchillas and they have white fur with black spots.

The Satins rabbit has very nice fur in lots of different colors. But they also have a good amount of meat, which makes them a nice rabbit to have around a homestead.

Silver Fox rabbits have silver fur with black gradients, which makes them very beautiful. They also have a good amount of meat. This breed is a little more rare.

Chinchillas weigh about 9 pounds. These rabbits produce quality meat and they also have luxurious fur. This is a good type of rabbit for homesteading because you will want to use the meat and the fur.

A Cinnamons rabbit is a good selection for survivalists with children because it is good both as a pet and as livestock. They grow to be about 10 pounds and have cinnamon colored fur. It’s a little harder to find a Cinnamons because they are a fairly new breed.

Rex rabbits are a good choice for survivalists because they grow to be about 8 to 10 pounds and have really nice fur. The fur also comes in lots of different colors and shades, even blue. 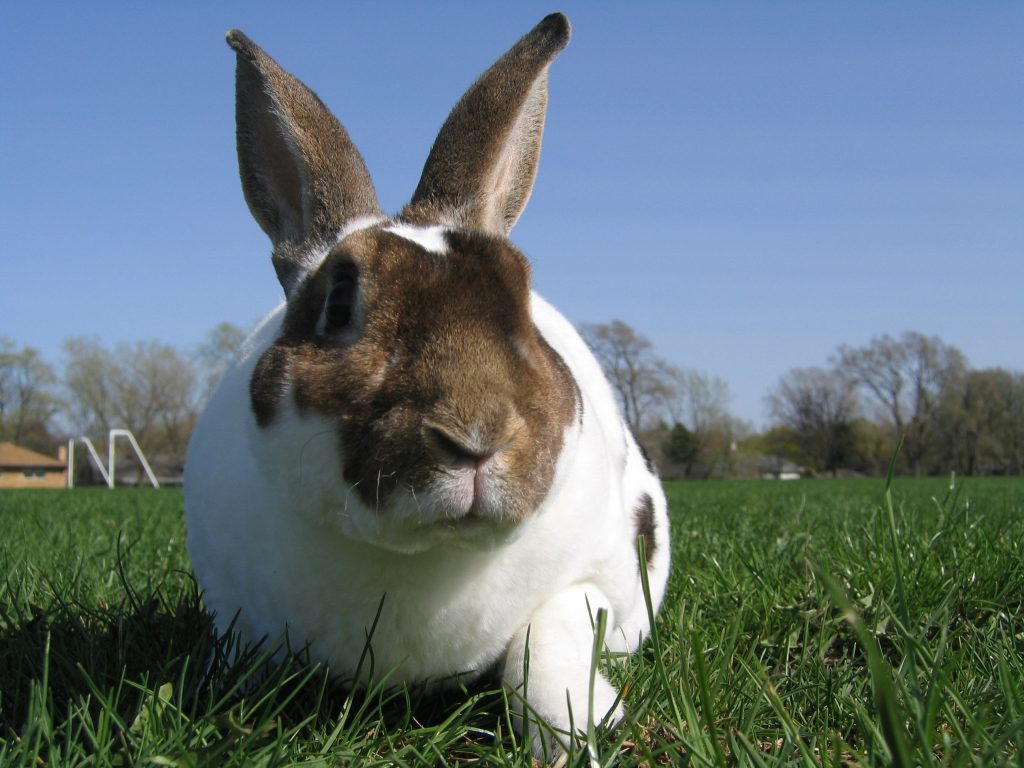 This video talks about some of the meat rabbits we’ve mentioned here and the pros and cons of different breeds. One thing that makes this video helpful is she talks about selling rabbits as breeders as well, which is one of the many ways you can actually earn money breeding rabbits.

For any order status questions/comments please email us at [email protected] or visit our "Contact Us" page.
Copyright © 2020 Patriot Headquarters Blog.
— All rights reserved.
Contact Us| Terms & Conditions| Privacy Policy
Information contained on PatriotHeadquarters.com such as text, graphics, images and other materials are for educational use only. Although not guaranteed, every attempt has been made for accuracy. The information contained on PatriotHeadquarters.com is not intended to be a substitute for professional advice or service. If you have any concerns or concerns about potential risks with implementing the information on PatriotHeadquarters.com, you should contact a registered professional for assistance and advice as is necessary to safely and properly complete any implementation. We may be a compensated affiliate for some of the services and products we introduce you to. We only introduce you to services and products that we have researched and believe have value.